A Message from Rabbi Jordan

My heart jumped when I saw the images from the John Webb Space Telescope.  All of them are available here, in high definition: https://www.nasa.gov/webbfirstimages/.  The clarity and beauty of the images are a far advance from the similarly breath-taking Hubble images, and show the beauty of the universe beyond.

Whole galaxies are caught mid-spin, their collisions lit an angry red.  Binary stars are captured as frozen lace delicately spun out in front of thick spirals. Amber-like gas clouds halo pricks of light whose radiance travelled for millions of years, just arriving at earth this past month for capture at a level of precision beyond previous imagination.

This moment in human history stands out, not because of the grandeur and scope of space, but because a long-awaited moment has now been frozen in such intricate depth.

I know space makes some feel insignificant – but for me, it isn’t the expanse of space which I find intimidating, but the depth of time.

Not too long ago, in the late 800s, the Jewish community of Babylon was caught in debate between Islamic philosophers.   Does God gently guide the world through cause and effect, or simply create the world anew in each moment each moment.  Stating this second idea a different way, each moment in time is a snapshot – like a frame of film carefully composed and advancing on instantaneously to the next masterwork.  The most famous Jewish follower of this philosophy was Saadia Gaon, who felt that God recreated atoms in each moment, and cause-and-effect are meaningless before God.

Imaging if Saadia Gaon was right.  The intricacies of each moment, each ray of light, whose origin was planned billions of years ago, so that the film would capture it now.  That moment in time is now frozen, on my screen.  This thought brings new wonder to my appreciation of the universe and the breadth and depth of creation.

I hope all will have a chance to look at these still images, and then again at the changing picture of the summer sky. 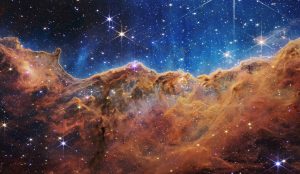 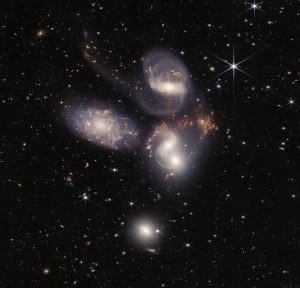