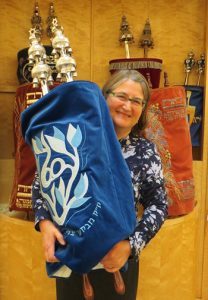 On Wednesday night Reform Judaism and Liberal Judaism jointly marked Yom Ha’atzmaut, Israel’s 73rd birthday, with an online celebration in song. This joyful celebration followed a commemoration for Yom HaZikaron, remembering Israel’s fallen soldiers and all those of its citizens who have died in acts of terror through the course of its short existence. The transition from Yom HaZikaron to Yom Ha’atzmaut is a poignant reminder of the true cost, paid in lives, of living in freedom in our Jewish homeland.

Guest speaker Rabbi Michael Boyden, speaking from Israel, engaged in conversation with Noeleen Cohen. Rabbi Boyden, known affectionately as Mickey, was my Rabbi growing up at Menorah Synagogue in Manchester, and was one of the main inspirations for me wanting to become a rabbi. Last night he shared his family’s story of personal loss just a few years after making Aliyah in 1985.  Their son Jonathan died during the Lebanon War, aged 19, after being wounded during a rescue mission. Mickey recounted how yesterday he visited Jonathan’s grave, together with thousands of other Israelis, and found himself standing next to a man who had served in the same unit as his son. Now 50, this man is married and has grown-up children. ‘Where would Jonathan be in his life now, if he had carried on?’ reflected Rabbi Boyden. Mickey recounted how his family’s loss is with him always, but how, like many Israelis, he used his pain and grief as an opportunity to reach out to others, and to build something lasting and meaningful in Jonathan’s memory.  He founded Kehilat Yonatan, a Reform community in Hod HaSharon, named to honour his son’s passionate commitment to his country and to the growth of Progressive Judaism in Israel. Even through the live stream on Facebook, you could feel Mickey’s pain as he spoke –a pain still with him after 30 years.

During the rest of the event, messages of hope for Israel’s future were given by rabbis from across Progressive communities in Israel, and poetry and music shared in a demonstration of the significant ways in which the Israeli Progressive Movement is shaping Israeli society and culture after many years struggling for recognition in Israel’s Orthodox dominated religious politics. Though much has been achieved, there is still a long way to go. You can watch the recording of this powerful and inspiring evening online: 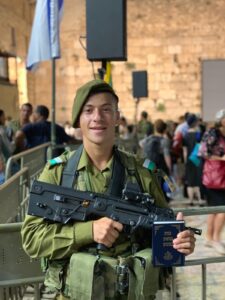 We will be celebrating Yom Ha’atzmaut during our Shabbat morning service this coming Shabbat in song with the wonderful Mich Sampson, and with our special guest speaker, SWESRS member Josh Klein who will share with us his experience completing two years of army service in the IDF, the Israel Defence Force, following his A’ Levels. Please join us!

Stay safe and Be Well.

Wishing you all Shabbat Shalom,