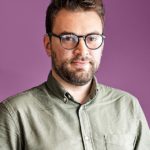 SWESRS Social and Community Group invite you to join them to hear Jonny Benjamin - JOURNEY FROM DESPAIR TO HOPE!

On a cold day in January 2008, 20 year-old Jonny Benjamin, who had just been diagnosed with schizoaffective
disorder, stood on Waterloo Bridge about to plunge to his death. It was a passing stranger who talked him out of
it and six years later he launched the FindMike campaign to try to find that stranger on the bridge so he could finally
thank him for saving his life. The campaign was shared on Facebook and Twitter as well as the ITV breakfast TV show, Daybreak and two weeks later the two men were re-united on live television, a moment of emotional drama.

Since that fateful encounter, which provides the inspiration for the title of Jonny Benjamin’s book, The Stranger on the Bridge: my journey from suicidal despair to hope, he has worked tirelessly to promote a better understanding of mental health
issues, especially in the younger generation, through a combination of media, including talks, articles, films for YouTube, workshops for schools and universities and television documentaries for BBC3 and Channel 4.

He has established himself as one of the most articulate and influential campaigners in the field of mental wellbeing, deservedly awarded an MBE in the Queen’s 2017 New Year Honours List. At a time when there is increasing concern with mental health issues in school settings and beyond, we are therefore very fortunate to draw on his unique life-experiences and reflections.