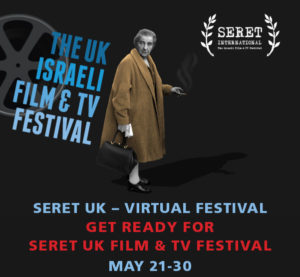 Given the current reality of the social distancing restrictions we are all facing at the moment, we have chosen to present the UK Israeli Film and TV festival in a rather different way than usual. This year, instead of going out to the cinemas, we bring Israeli life & culture directly to your living room, as a virtual film festival!

New films will be available for our audiences across the UK at this year's festival, including comedy, drama and documentary - All the excellence of this year’s Israeli film filmmakers, some are known, and some are newcomers.

We promise to update you with all details as soon as possible. Until then, you are welcome to enjoy Israeli films that are open for free viewing through our website, as we present a weekly film that moved us most.